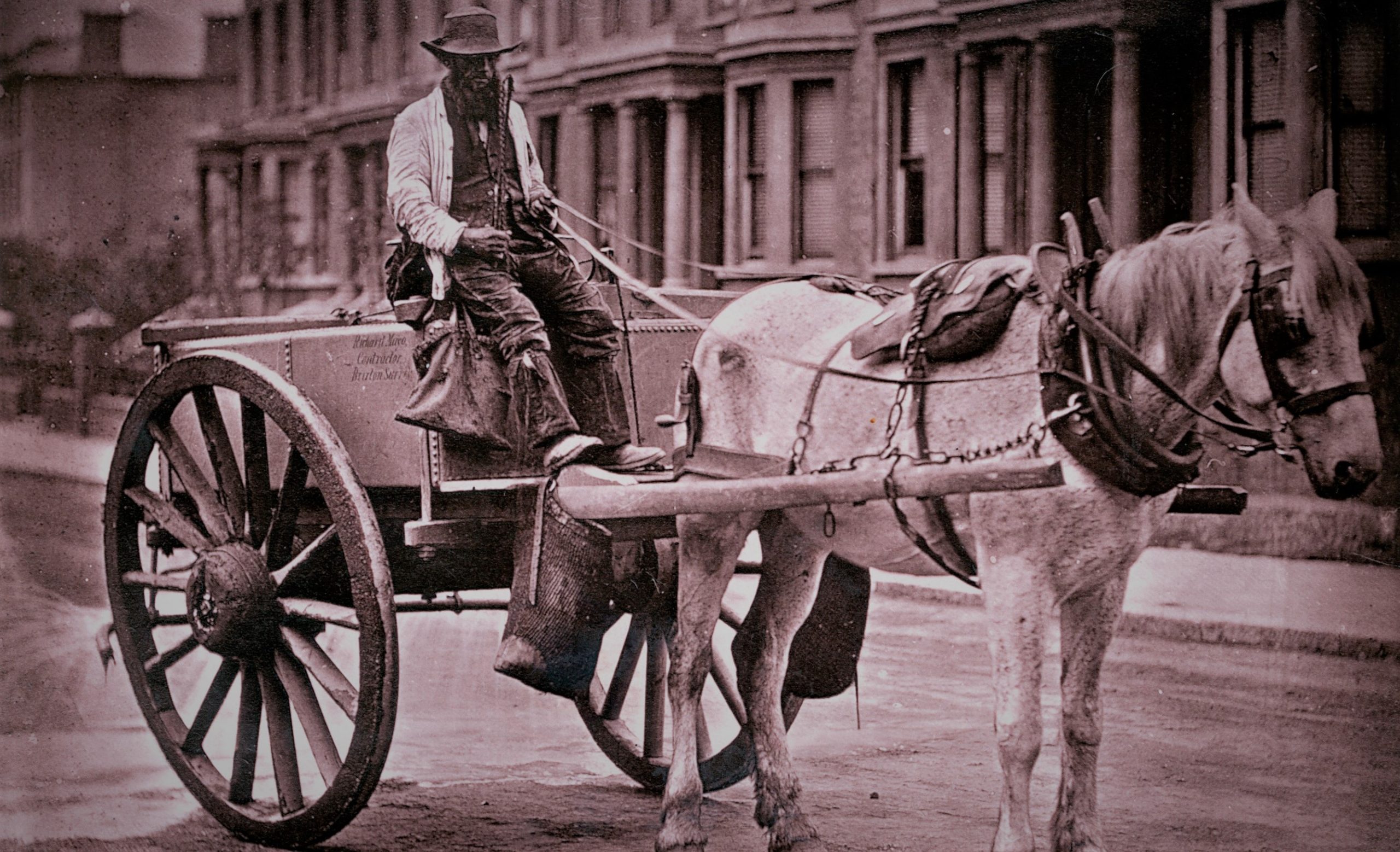 A Zip Moving & Cartage Inc is one of the oldest Movers in London Ontario.

The removalists of hundreds of years ago were a hard-working and meagrely rewarded bunch who heaped peoples’ belongings into wagons pulled by hard-working horses. By the 1900s, open trucks relieved the horses.  A Zip started its London moving company 72 years ago just after the 2nd World War.

A Zip Moving & Cartage can trace its London, Ontario origins back to the black and white era of the late 1940s. Terry’s grandfather, Lorne Gives (rhymes with drives), and hundreds of other young men, were recruited sometime between 1939 and 1946 at London’s Wolseley Barracks to actively serve in the 2nd World War in Europe.

It is painfully too familiar for relatives to be affected by the trauma felt by their family members returning from war.

‘Although he came back home alive, he likely suffered tremendously from PTSD.  My grandfather said very little to anyone. I know he was a functioning alcoholic all his life, likely a form of self-medication, and I’d have to describe my grandfather as sometimes unkind toward us.

Of course, I was young and none of us could know what he must have endured during the war. So, it was an irony that, although I felt distanced from him, I would eventually take over his business. ‘

After returning from the war, Lorne Gives approached the Hudson’s Department Store with his idea; a delivery business for the many parcels being purchased by London residents now back to work after the war. It was a mostly low-stress job that he could quickly settle into, and it provided a stable income for his wife and children while he worked to set up his moving business. In 1949 he named his company A Zip; he knew anything starting with the letter ‘A’ would show up on page one of the telephone books.

His parcel delivery service was a success, allowing him to cross-advertise by serving the same clients with their house moves. By the 60’s he also included the mega Eaton’s Department Store as a parcel delivery client.

As a child, Terry recalls helping sort and box the Hudson’s and Eaton’s parcels alongside his mom and uncles in his grandfather’s garage. However, as the moving business grew, Terry had no further connection to it. Instead, he kept two jobs at once; stocking shelves for Dominion Grocery, and driving forklifts for Cuddy Food Products.

Do you need your business moved? A Zip specializes in Commercial Office Moving. You might want to read our article ‘Best Tips to Prepare For an Easy Office Move’.

In 1987, Terry, at 27, was approached by his now almost 80-year-old grandfather. He suggested that Terry take over A Zip Moving & Cartage Inc and make it his own. Lorne Gives was finally able to retire, but sadly, he died not long after, leaving his employees, business connections and personal clients mourning a long-time London businessman.

‘I referred to the staff of my inherited business as the senior citizen’s club. They had all worked together alongside my grandfather for almost 30 years.’

Before marking Terry’s first year as a business owner, the cronies retired, making way for the next generation of movers.

Are you a senior? Terry understands it can be a difficult time to pack and move your things. That’s why he requested a page on his website to make sure seniors can move with peace of mind.

They’ll even do the packing and unpacking for you.

With over 72 years of experience moving heavy items, 34 of those years most recently by Terry and his crews, you can trust them to move your special things. Please request a quote for your move here.

Terry traded in his steel-toed shoes for a cell phone years ago. When I asked him who will take over the business when someday he decides to retire, this is his answer; ‘My family members have found their own careers outside of the moving business. I support a great group of employees that enjoy working together.

Even though I’m not considering retirement, I hope A Zip Moving & Cartage Inc will be remembered as a fair and hard-working moving company.’

There are few London businesses that can boast 72 years of hard work and history. A Zip is a historically valued company with a fresh take on moving you and your possessions.

If you choose to relocate to the pleasant city of London, Ontario, be prepared to put a few kilometres on your car if you plan to drive to any other city. Favoured initially for its location near the Thames River, London is a ‘land island’.  ‘The city by the Thames’, is well known for its affordability and manageable size, both in population and mass. Because of its small-town feel, London is quickly becoming a larger cities’ relocation destination.

A Zip Moving & Cartage Inc has moved a lot of families to and from London in its 72 years and is also known for its affordable long-distance rates for moves anywhere in Ontario.

Heavy items, special pieces or those awkwardly shaped, deserve the care and patience that only experience provides.

The history of Eaton’s Department Store and its ties to St. Marys, Ontario:

Eaton’s, a Canadian department store company, was started in Toronto in 1869 by Timothy Eaton, using the money from the sale of his dry-goods store in St Marys, Ontario, after he and his family immigrated there from Northern Ireland.

Their first mail-order Eaton’s catalogue of 1884 brought early retail therapy to isolated rural Canadians and city dwellers alike. Eaton’s retail stores dotted the Canadian landscape, including a store in London, ON, at Dundas and Wellington (Wellington Square) on August 11, 1960.

An acknowledgement to the Indigenous peoples of London and area:

Like all of Canada, before its purchase and takeover by the British Crown, London was the territory and home to indigenous people, particularly the Anishinaabeg, the Lenape, the Attawandaron, the Wendat and the Haudenosaunee. The original village of Kotequongong near the Thames River was eventually taken over by the Indigenous peoples in the area. In 1826 London, the renamed area became a district for European settlement. London itself was incorporated as a village in 1840.

Interestingly, today’s movers can acknowledge their history of transferring possessions from one place to another, to the nomadic lifestyle of Canada’s earliest inhabitants thousands of years ago. Terry explains, ‘I would like to acknowledge the complicated history of London’s beginnings.’