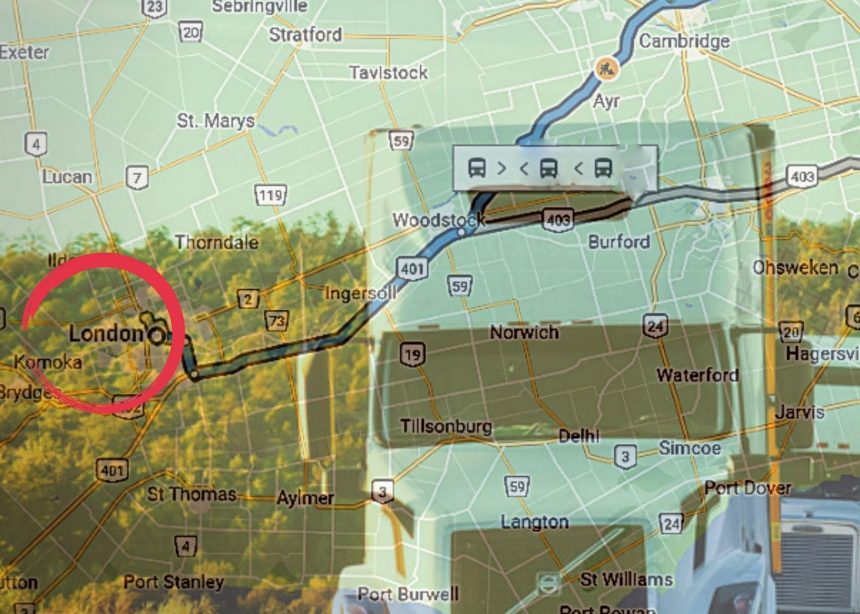 The ‘Everything You Need to Know About Moving to London, Ontario’ Checklist

What city can you move to that has everything you want? As affordable movers in London, Ontario, we’ve moved tons of people to London, the friendly city. Follow our checklist, and see if you agree on why we love London, Ontario.

✔ What is London, Ontario known for?

London, Ontario’s heavily forested site of the late 1700s, is behind its Forest City title. London’s forestry teams replant thousands of trees every year, advancing London with its determined quest to earn its bygone designation.

London, Ontario, is famously known for its Labatt Memorial Baseball Park (originally Tecumseh Park until 1936), the world’s oldest baseball diamond. Opened in 1877, it remains one of Canada’s most sentimental ballparks located downtown close to the forks of the Thames River.

The largest hockey arena in Western Ontario, the beloved Budweiser Gardens, was built in 2002. Located in downtown London, near the river, it is the home arena of the extremely popular London Knights.

London, Ontario, is home to the world-class Western University, making London a good place for students and international students who benefit from its affordability while receiving a world-ranked university education. From the stringent rankings of the Centre for World University Rankings, Western University ranks #183 in the world (out of 2,000) and #7 in Canada (out of 42.) Fanshawe College has been part of London since 1967.

✔ Are people in London, Ontario, friendly?

London, Ontario, is as friendly as other Ontario cities and towns. London is fortunate to have a small-town-feel so when you join any social group, whether community garden groups, Nature London, artist groups, as a volunteer at one of London’s three hospitals, Ladies and Men’s groups, euchre groups, Geeks of London group, Young Professionals, a hiking group, or the Forest City Book Club, you’ll get to know your fellow group-ees well.

There are many opportunities for you to share your language and culture in London, start a group of your own, or find an event. Connect to, and join any London Social Club or Group here, on Meetup’s website.

Western University’s medical faculty leads the way with their LGBTQ+ mentoring program started in 2017. It pairs medical students with staff physicians who identify as gender and sexual minorities providing personal and professional mentorship within Medicine. That’s a very caring thing to do.

What’s the crime rate in London? We wish we could say there are no crimes committed in London, Ontario, but of course, like small towns and cities everywhere, we have societal concerns. London’s offences seem to be less than Toronto’s and are similar to other towns in Southwestern Ontario.

✔ Is London a good place to live?

London, Ontario, is a city known for its pleasant and modest lifestyle, which seems to suit an overabundance of newcomers, according to a Canadian Broadcasting Corporation (CBC) news article from February of 2022. The most recent data shows London is the 4th fastest growing city in Canada. It is quickly becoming home for many international families and people from all over Ontario.

✔ What is the best area to live in London, Ontario?

Originally the town of Westminister, Lambeth became a neighbourhood of London in 1993. Located in the West of London, it appeals to people looking for a single-family home, large yard, and a country feel.

Located in Southwest London, Byron, with its embrace of the Thames River, is known for its upscale feel and plethora of treed parks and river walkways.

Designated a heritage neighbourhood in 2006, Old East Village boasts a mix of young and active families. It is just blocks from the Western Fair District and the multifaceted, extremely popular Farmers Market.

Old South is one of London’s original neighbourhoods with a mix of large and medium-sized brick homes set on small to large yards with mature trees, making it a great mix of rentals and single-family homes. Wortley Village is part of Old South.

Maybe because of its just-far-enough distance from other major cities, London, Ontario has become an expert at organizing its own fun. London uses Victoria Park, its largest downtown park, and other equally relaxing parks to host a different festival almost every summer weekend. We have The Grand Theatre, London Symphonia, three Community Performing Arts Theatres, Tree Top Walks, skiing and Tubing at Boler Mountain, our water park/golf course at EastPark, the Western fall Fair, and so much more.

Go to the London Tourism website to find the best information for activities for kids, restaurant locations, evenings out, daytime fun, sporting events, and places to stay.

✔ Is London colder than Toronto?

London is slightly colder than Toronto by about a degree during the winter and receives more snow than Toronto because of its location southeast of Lake Huron’s cold winds that turn most winter precipitation into snow. Snow tires are strongly suggested for London driving.

In contrast, Toronto lies on the north shore of Lake Ontario, receiving the benefits of its temperate lake effects without a west wind gathering the cold air from a frozen lake. Summertime heat in London mirrors the warmth and humidity of a Toronto summer.

✔ Is London, Ontario a good place to work?

London, Ontario, is a good place to work; tech, computer programming, and graphic design jobs are popular and a broad mix of usual employment opportunities.

Wherever you live, many salaried positions beyond those of a standardized minimum wage reflect the living expenses of the city in which you reside. You may be paid a higher hourly wage for the same position in Toronto; however, you’re able to take advantage of London’s lower cost of living. Of course, there are many more job opportunities in Toronto, but London’s commute is a fraction of the time, and you’ll always find a parking spot close to a building.

✔ Do you need a car to live in London, Ontario?

The need for a car to live in London will be even less than necessary now once these two exciting projects are underway in the summer of 2022. Enhanced transit will increase ridership, making London transit more cost-effective to the city and riders, helping London to reduce its greenhouse gas emissions.

✔ Who are the best movers for moving from Toronto to London, Ontario?

A-Zip Moving & Cartage Inc has been moving people and their things since 1949. We have a Better Business Bureau (BBB) rating of A+, and we’ve been accredited since 1987 when Terry Joyes took over his grandfather’s original A-Zip Delivery business.

The best movers for moving from Toronto to London, Ontario, are experienced, able to provide a realistic estimate based on your distance, the number of movers needed and time required, are fully licensed with insurance, and have many 5-star online reviews. Feel free to leave your review of A-Zip Moving & Cartage Inc.